Something a Little Different

Aloha,
You know that saying, “A picture is worth 1000 words”? Well, today, I thought I’d show you a little of what I’ve been reporting for the last month.
Mahalo to our crew member Gary for sharing these great images! 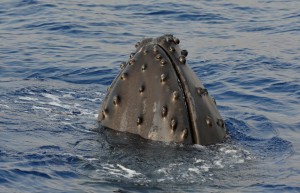 Humpback Spy Hops. This is the top of his head that you’re looking at. 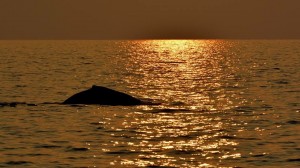 A perfect example of whey they’re called “Humpbacks”. This is the whale’s dorsal fin that you’re looking at in the photo. 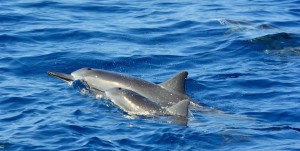 Also “Cetaceans”, this is Mom and Baby Spinner Dolphin

Want to see the action for yourself? Join us on any of our daily Whale Watch Cruises. Despite what the mainstream media have been reporting, there are a lot of Humpbacks in the waters off the Kohala Coast right now!
Mahalo,
Claire

Captain Claire’s Humpback Fact of the Day: When we see a Humpback wave his pectoral fin, it looks really floppy — as if there were no bones inside it at all. But if you were to x-ray that fin, surprisingly, you’d find all the same bones and joints that we have in our arms — all the way down to the smallest digits of our fingers. Though according to researcher Spencer Wilkie Tinker, Humpbacks are missing what would be their third finger on a human.
​.