Humpback Hangs with Us! 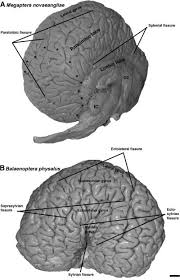 We wish you could have been with us aboard Thursday’s Wake up with the Whales Cruise. Shortly after leaving the bay, we saw spouts to our north, so we headed up towards the Mauna Lani Resort. Once we got there, our spouter surfaced and we realized he was a lone juvenile whale. Of course we don’t know exactly how old this whale was — but he certainly hadn’t reached his full-grown length (he wasn’t anywhere close to 45-50 feet long).
This smaller whale stayed with us for over an hour – surfacing and spouting several times. We even got two separate close encounters when he surprised us by surfacing at the bow (once) and at the stern (the other time) just about 20 feet from our idling boat. We also saw spouts from a much bigger whale (we know, because the spouts were a lot bigger) in much deeper water, but we didn’t want to leave our curious juvenile to investigate the adult.
Mahalo,
Claire
Have a great weekend! I’ll send out our next Whale Watch recap on Monday.
Ocean Sports Whale Fact of the Day:  Researchers are not sure how Humpbacks find their way from Alaska to Hawaii each winter…after all…Hawaii is one of the most isolated land masses in the world. Since small particles of a form of iron called “magnetite” have been found in Humpbacks’ brains, some researchers theorize that the magnetite acts like a magnet, helping the Humpbacks to feel the magnetic pull of the earth and keeping them on track. Other researchers disagree, claiming that the Humpbacks swim in such straight lines when they migrate that they must be orienting themselves with a combination of methods, including some celestial markers like the position of the sun during the day, and the stars at night. If you’d like to learn more about Humpbacks’ brains, click on the image above.