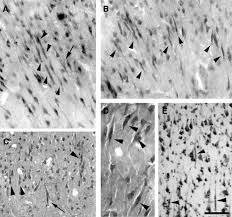 Click on the image to learn more about Humpbacks’ spindle neurons.

Our Tuesday Wake Up with the Whales Cruise was book-ended by the same pair of whales who spouted and sounded near the entrance of the bay. We first encountered them on our way out…and saw them again on our way back in at the end of the cruise. In between those sightings, we saw 2 more Humpback duos. Their behaviors were pretty erratic…we never were able to get a good read on where and when they’d next surface, but we did see all those whales a few times. A couple of them were pretty small — definitely not calves, but probably no older than a year or two. Oh…and a few of our guests showed off their vision superpowers when they reported seeing a breach waaaaaay out on the horizon.
We ran our Mid-Morning Whale Watch Cruise from the bay too, and guests who joined us on this cruise saw 10 different whales. Two different pods of 2 whales played a fun game with us…they’d surface, and swim around the boat while we were in idle, and then we’d turn the engines off and they’d dive. So, we’d turn the engines back on again but would stay in idle, and they’d surface right next to us and swim around us again…and this happened a whole bunch of times. After they tired of their game and disappeared for good, we headed over to see another couple of whales who were cruising slowly at the surface. We also got to see a couple of peduncle throws and a breach, but those activities took place further away from us.
We were very privileged to witness some interesting Humpback behaviors during our Pau Hana Sunset with the Whales Cruise. From a distance, we saw a calf-size spout followed by some very big flukes to our south, every 3 minutes. As we approached, we realized we actually were looking at a calf — and the flukes were Mom’s. Though she didn’t breathe as often as her baby, she did rise to the surface with him each time he did, and then dive below him. These two were headed north, and when they reached the Pentagon mooring (just outside of the bay), they hung around in 40-50 feet of water. We saw the baby resting on Mom’s rostrum (head) frequently. Our lead naturalist Greg posited that the calf was a newborn, and Mom was trying to keep herself right under him to ensure he could get to the surface when he needed to breathe (or rest) – which would explain the multiple flukes-up dives we saw.
Mahalo,
Claire
Ocean Sports Whale Fact of the Day:   Researchers have discovered that the brains of many cetaceans, including Humpbacks contain 3 times as many spindle neurons as are found in humans. They believe these specialized neurons evolved to aid in speed of communication of signals across larger brains. In humans these neurons have been observed to be active when the subject is experiencing strong emotions, and social awareness…so maybe the whales we’re studying so closely are actually studying us too!