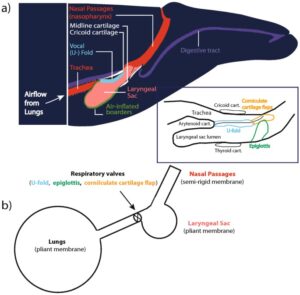 We ran just one Whale Watch Cruise this weekend…Saturday’s Wake up with the Whales. Guests joining us on this cruise had to wait till virtually the end of the trip before the Humpbacks decided to show themselves to us. Earlier in the trip, we saw a lone Humpback spout a couple of times before disappearing from view, and even though we headed to where we thought he was, we never saw him again.
So what happened at the end of the cruise? Well, several lucky people who were relaxing on the stern benches looking behind the boat got to see a whale breach (totally unexpected, but totally exciting, and completely appreciated). And for those of us who missed the breach…well we got to see a couple of Humpbacks who surprised us by surfacing and spouting close to the boat. And…since all this occurred at the end of the cruise, we just couldn’t bear to leave the whales right away, so we stayed out as long as we could, arriving to the dock a bit late, but ultimately satisfied.
Mahalo,
Claire
Ocean Sports Whale Fact of the Day: In Friday’s Whale Report, we mentioned the way Humpbacks seem to organize their songs with notes, phrases and themes, but we didn’t touch at all on how Humpbacks produce those sounds. When you’re singing, the way you make sounds is by passing air over your vocal cords. If you could do that underwater, bubbles would float to the surface. When Humpbacks sing, there aren’t any bubbles coming up, so we know they’re doing something completely different.
Though Humpbacks don’t have actual vocal cords, they do have a u-shaped fold situated between their lungs and some inflatable organs that we call “laryngeal sacs” (see the graphic above). Though it’s basically impossible to observe the internal organs of a living singing whale, researchers are pretty sure that whales create sounds by contracting their throat and chest muscles, which forces air from their lungs across the u fold, which causes it to vibrate. The vibrations resonate in the laryngeal sacs, creating those beautiful, very loud and haunting sounds — after which the air passes back over the u folds (creating more vibrations) on the way back to the whales’ lungs. Since no air is actually exhaled, no bubbles float to the surface. So exactly why do the Humpbacks sing? Stay tuned…we’ll discuss theories in another Fact of the Day post!