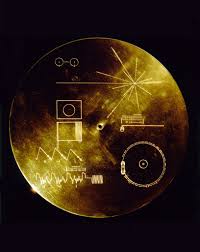 Wednesday’s Wake Up with the Whales Cruise started off kind of slowly. It took us 20 minutes to see our first whales, but once we found them, they seemed as interested in us as we were in them. We spent most of the rest of our cruise watching this Mom/calf pod. On 2 different occasions, they both surfaced really close to us at our 1:00 (starboard bow). We loved listening to their inhalations (that’s how you know you’re close to a whale — when you can hear them inhale) and their exhalations. And speaking of listening, we deployed our hydrophone twice. The first time, the sounds we heard were pretty faint, but the second time, some of those singers had either moved closer to us — or maybe it was that the closer-by whales started singing — because the sounds we heard were much louder and much, much clearer.
Mahalo,
Claire
Ocean Sports Whale Fact of the Day: The haunting song of the Humpback has actually traveled beyond our oceans. In 1977, NASA launched two Voyager space crafts. Aboard each was a golden record with a collection of sights, sounds and greetings from Earth in 54 different human languages. These records also include greetings from Humpback whales! And that was just the first time the whales’ song traveled beyond our planet…On Earth Day (4/22) in 2005, a private organization called Deep Space Network broadcast a live feed from a hydrophone off the coast of Maui of the Humpbacks singing. They used a five meter parabolic dish antenna and broadcast the sounds about 18 trillion miles into deep space. So far, we’ve yet to receive a response. Even more interesting…in 2012, NASA sent a couple of probes through the earth’s radiation belt and found that the radio waves produced within the Van Allen Belts sound an awful lot like the Humpback’s songs. Listen to the clip here and let us know if you agree.