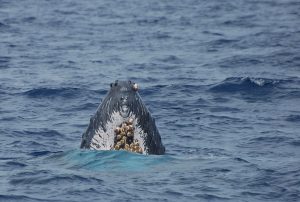 Did you see any Humpbacks this past weekend? Guests cruising with us sure did! Here are some highlights:
Mahalo,
Claire
Ocean Sports Whale Fact of the Day: Humpbacks have big brown eyes…the size of grapefruits. But, how well do they see through them?…and how would we determine that anyway? Stay tuned! We’ll explain what we know in an upcoming post!